We sure had a Stompin’ Good Time! 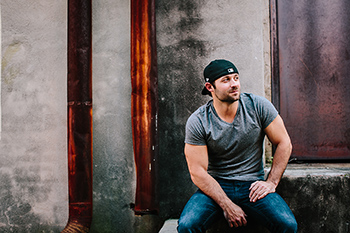 Hitting the stage at the 2017 Richmond Cattle Baron’s Ball for some boot stompin’ good fun—it’s Tyler Hammond!  Like many of todayʼs southern stars, Tyler began his journey singing in the church choir and practicing three powerful chords that every guitarist learned first. When he arrived on the campus of Georgia College and State University, he encountered a whole new scene that would ultimately shape him and his music.

His fame began at a local club where he used his music to entertain college kids on Tuesday
nights. “Itʼs always a good sign when you play for a room once and return two months down
the road to a crowd that has tripled on simply word of mouth.” Fast forward a few years and Tyler earned the opportunity to play with many of the mentors he used to admire. He and the band perform over 150 shows a year across all parts of the southeast and has shared the stage with a number of idols including Florida Georgia Line, Luke Bryan, and Cole Swindell. Tylerʼs newest album, “Take A Sip” has not only been a best-seller, but also describes the wild ride they have been a part of for the past six years. Itʼs not just about the music for, itʼs also about each and every one of his fans, learning to live a little, and knowing when to take of shot of whiskey.

This whirlwind of success has made Tyler far from complacent. In fact, he spends countless hours honing his craft and making music that the growing fan base loves. Tyler, with this strong foundation, is ready to take his passion and talents to the next level… one song at a time. 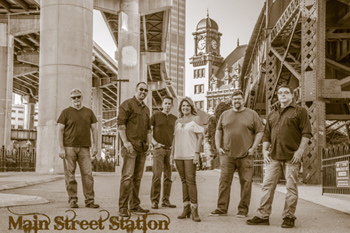 Based in Richmond, Virginia, Main Street Station is a high energy band that entertains with the best in Contemporary/Classic Country, and Classic/Southern Rock. The driving force behind the sound is “Barefoot Joe” McMinn. His distinctive Lead Vocals and acoustic guitar are complemented by Vocalist Lori Anderson and Lead Guitarist /Vocalist Mike Sisler. The rhythm section of Matt Bottone on Bass and Mike Scott on Drums provide the foundation of the band’s rock solid groove. With experience ranging from local venues to large regional festivals, Main Street Station is ready to provide a fun and exciting musical experience.